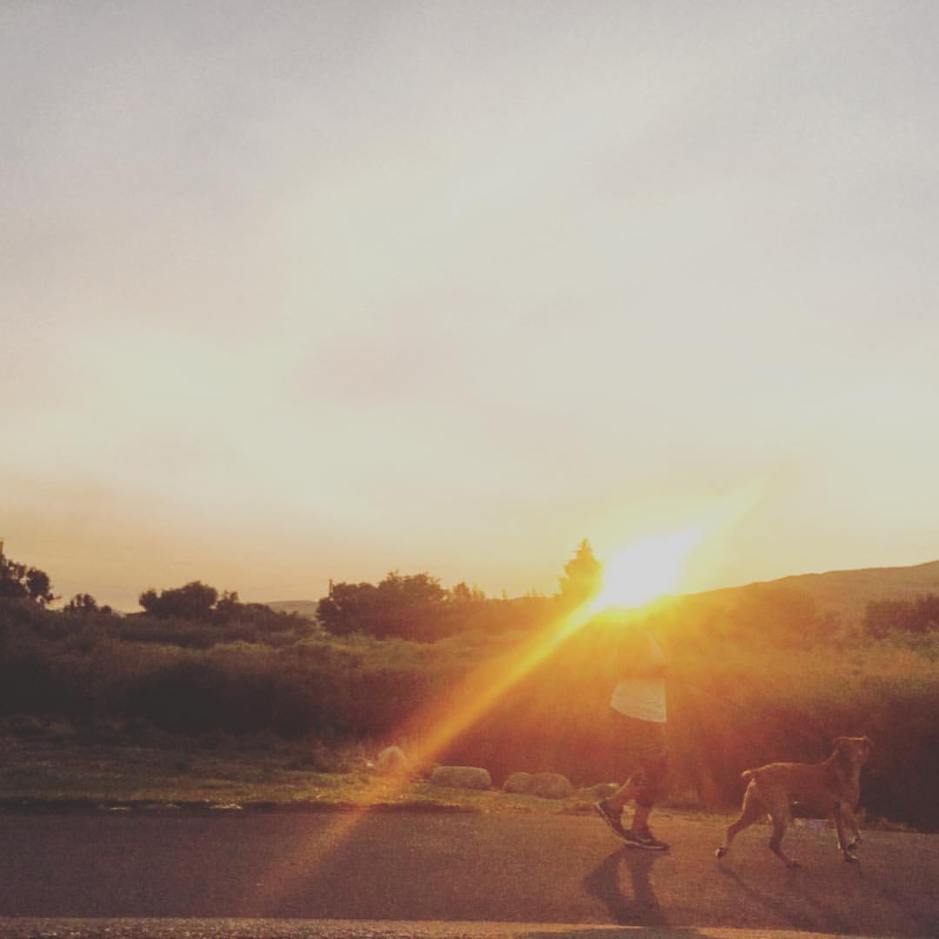 Earlier this month, I celebrated my sixth “Pawkoversary,” as I call it – the annual mark of when I saved my dog, or he saved me, however you look at it. And while I missed the first six years of his life, I have made it my daily mission to ensure he enjoys the love and comfort he missed out on as a puppy. Runs, dog park visits, car rides, food, cuddles, toys, walks and just about anything he asks for. I am that sappy dog mom obsessed with having a photo of everything he does. I have a doggy cam that feeds him treats on my command (though this was only a recent addition to our lives). He is my baby boy. My Pawko Tawko. My “Mr. Sweet Face” a la “Jane the Virgin.” I’ve moved houses to make him more comfortable. I’ve ditched nights out to stay home with him. He has two beds (a downsize from three). He takes a good chunk of my income on the daily. And all I ask for in return is the “thump, thump, thump” sound of his tail against the garage door as he waits for me to come home from work.

I like to bring him with me on runs so he gets the exercise and I get the pleasure of seeing his tail wag and smiling face (yes, dogs smile… look closely!). He is a bit of a wild one on the leash, despite attempts at training, harnesses and the gentle leader and unfortunately was a contributor to my initial hip problems so I don’t bring him out as often as I would like. Plus, his age is really getting to him and a pup who could once power through and pace me for six miles, gets pooped before we hit three. When I was marathon training, I’d plan my longer runs so that I’d get home before the last mile and could pick him up for a quick jaunt that was newly-Pawko-sized.

A few months ago, he would not stop licking his front right paw. After investigation, I saw that it was swollen and red, and I could feel a lump under the skin which in return put an even bigger lump in my stomach. We had a vet appointment scheduled the next morning. I couldn’t even process what our fantastic vet at Animal Medical Center was saying before the water works began. Surgery. Just to be safe, surgery.

I didn’t sleep for the two weeks in between our first appointment and the surgery. I cried almost any moment I was alone. We were put on antibiotics which helped with the swelling and redness, but ultimately and to be safe, we had to get that thing out of his paw. The night before his appointment, with all the worst thoughts in my head, I said, “one more run,” and off we went. My champion, just hours before surgery, powered through three miles with his Ma.

Thankfully, surgery could not have gone better. He had a honey-comb looking lump in his paw that came back benign. His blood work could not have been better. My boy is once again, a healthy boy. If you’ve never picked up an animal after anesthesia, let me tell you – it’s an entertaining experience at the least. He didn’t know where he was. He had tear stains a mile long and his eyes were as wide as the sun. On our way to the car, he stopped in the middle of the road (literally) to take a nice, big, post-surgery poop. I had to lift his 70-pound body into the car and could tell he was nervous and confused. He stood in a crouched position the whole drive home and didn’t bark at the sights that would normally send him in a frenzy of excitement. But my boy was headed to the comfort of his own home and that’s all we could ask for.

To no surprise, Pawko gobbled up his dinner and rested comfortably on his pillow on the couch for the rest of the night. He was back to normal in the morning, aside from a bandaged foot. He was on a strict no-walks schedule for the first few days, and even after that, I made him wear a bootie on his paw when we left the house, despite it being completely healed. Dog mom things. 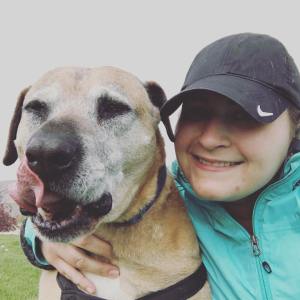 On Tuesday, six weeks post surgery, we went for our first 5K. He was off like his champion self with his tongue in the air and ears flapping in the breeze, but after the first mile, he started limping. My whole body went numb as I watched him struggle to walk. Thankfully, that was all over in an instant. My hope is that he just stepped on something as he regained his pace naturally. Even before surgery, I could certainly see the age in his stride. And it saddens me every mile we complete together. But as long as he can do it, we will do it together. Nothing can replace that end-of-run happiness for either of us. Nothing can replace the look on his face as he tries to catch his breath and recover. His eyes say “thank you, I’m going to bed now,” and his pant has a pattern of “water, water, water, water, water.” I love my Pawko Boy.

4 thoughts on “My Sweet Pawko Boy”